What are you looking for

El Porto Surf Shop - About Us 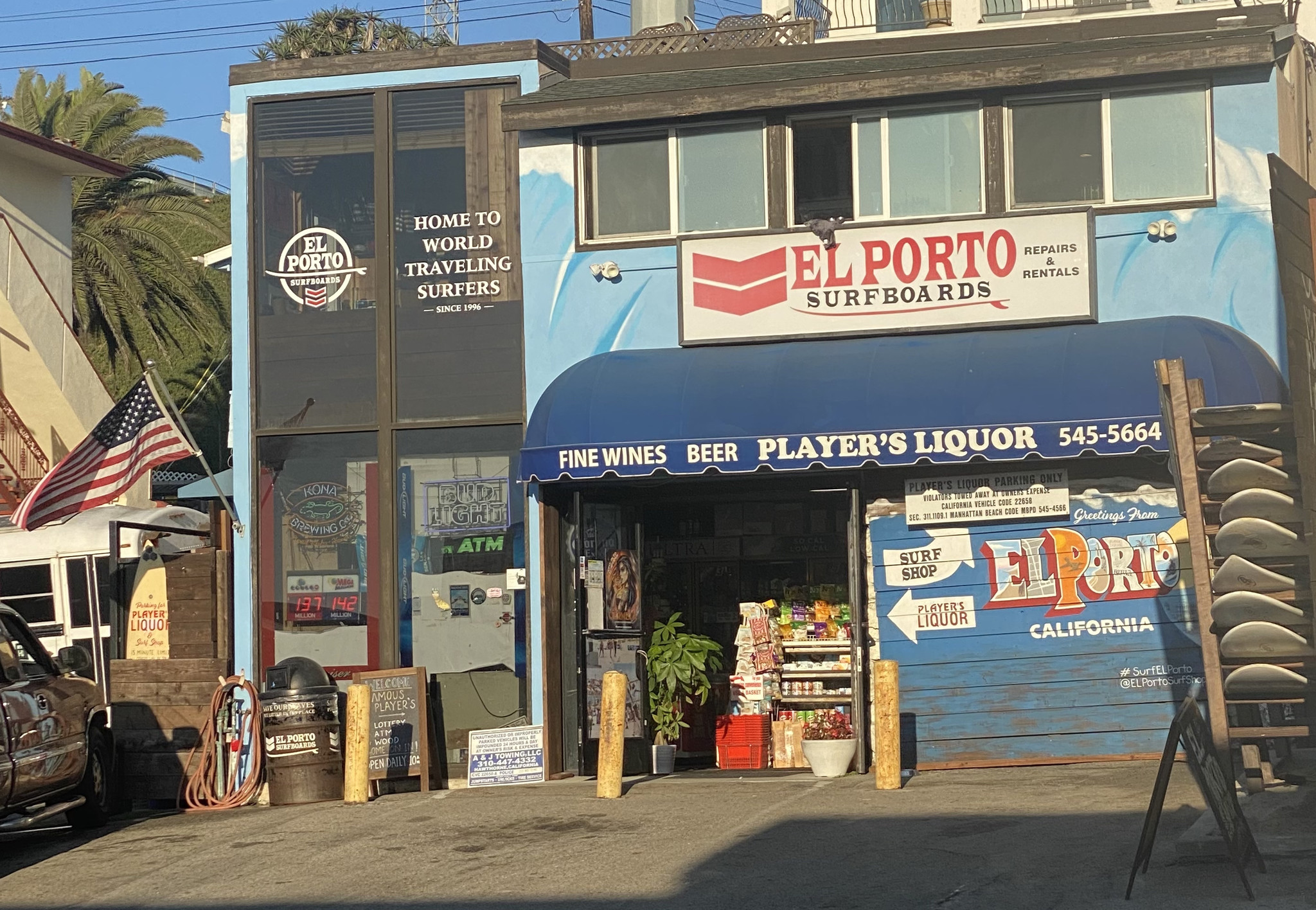 El Porto Surf Shop is the ONLY surf shop in the world open 6:30am - every day except Christmas - serving those who wish to surf right now!

Located just 771 feet from the most consistent surf break in California, El Porto is one of the only places on earth with surfable waves nearly all day - every day of the year! 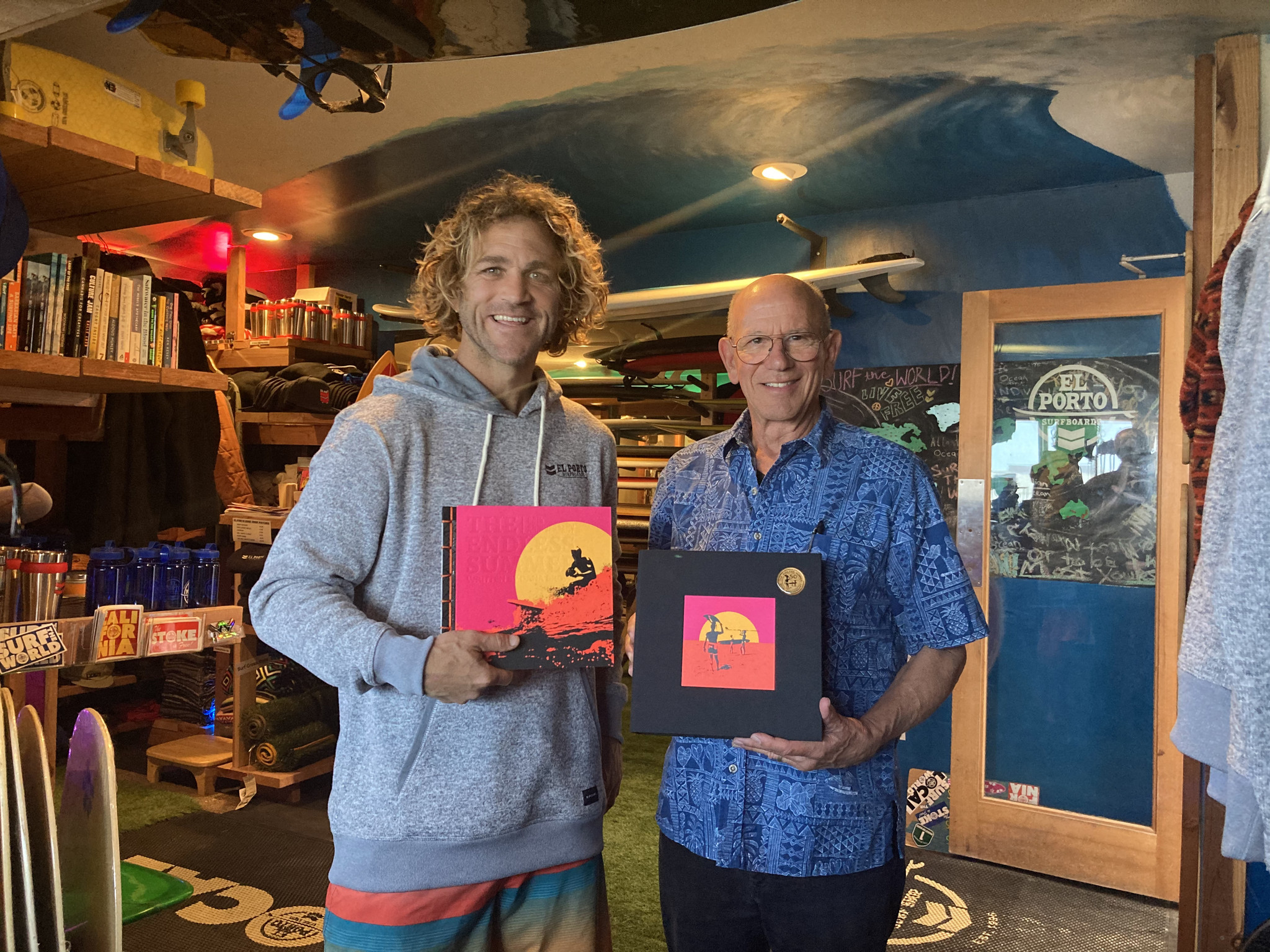 Independently owned, and founded by local surfers in 1996, we have rented boards and wetsuits to surfers from nearly every country on earth in our 26 years in business, while also providing locals with immediate surf essentials - wax, leashes, fins, wetsuits, boards and repair tools and services. 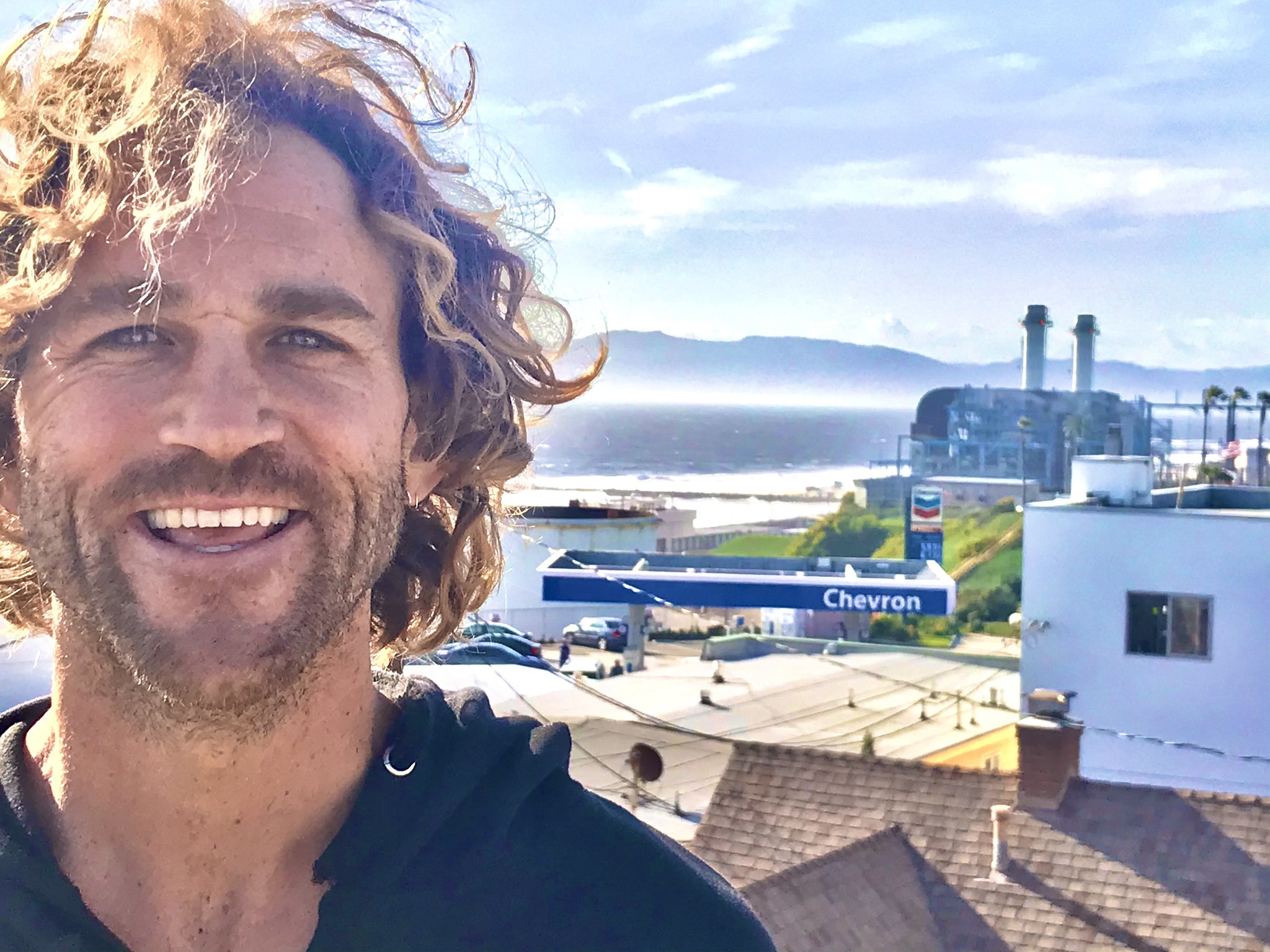 Woodrow “Pack” Landfair purchased El Porto Surf Shop in 2017 - then moved to California and the El Porto neighborhood to live and surf here himself every morning. Ever since then, we open at 6:30am daily, specifically to accommodate local and traveling surfers at the hours of El Porto’s most consistent surf conditions.

Pack’s mother bought him his first surf lesson at age 11 in Waikiki, Hawaii. Growing up in the landlocked suburbs of Washington DC, he surfed only a week or two every summer, usually while visiting his father, then living in Venice Beach, California.

Originally on full academic scholarship from the Navy ROTC, Landfair enrolled at the University of Texas in 2001. Dared by fellow Midshipmen to attend a 2002 Longhorn baseball walk-on tryout, he ended up making the team and becoming the Teammate Of The Year for both the 2004 and 2005 seasons as voted by coaches and teammates, earning a NCAA National Championship at the 2005 College World Series. As a college baseball player, Pack trained with 13 teammates who would later play in the Major Leagues. He was also a member of the 2004 runner-up team which lost the championship game to Cal State Fullerton and future Los Angeles Dodgers star Justin Turner.

After graduating, Landfair pawned his National Championship ring, purchased a used motorcycle, and embarked on what became a 48 state motorcycle journey working odd jobs across the country - later the subject of his first novel, Land Of The Free (Harbinger, 2014). Two years on the production staff at New York City’s The Public Theater then led Landfair to a salaried position as an actor, writer and performer for the McDonald’s restaurant company from 2011-2017. There, he discovered inspiration and success, founding Live The Land Of The Free Lifestyle Company, specializing in rare books and high literature for cannabis and mushroom enthusiasts in his native Washington DC area. In 2017, he resigned from McDonald’s to run his company full-time, purchased El Porto Surf Shop, and moved to El Porto, California to surf everyday. As of spring 2022, Pack has surfed in 13 states and 9 countries, with a goal to surf every global coastline, and to rent gear whenever possible in order to learn new insights to continue making El Porto Surf Shop the dopest place on earth for those who want to surf right now! 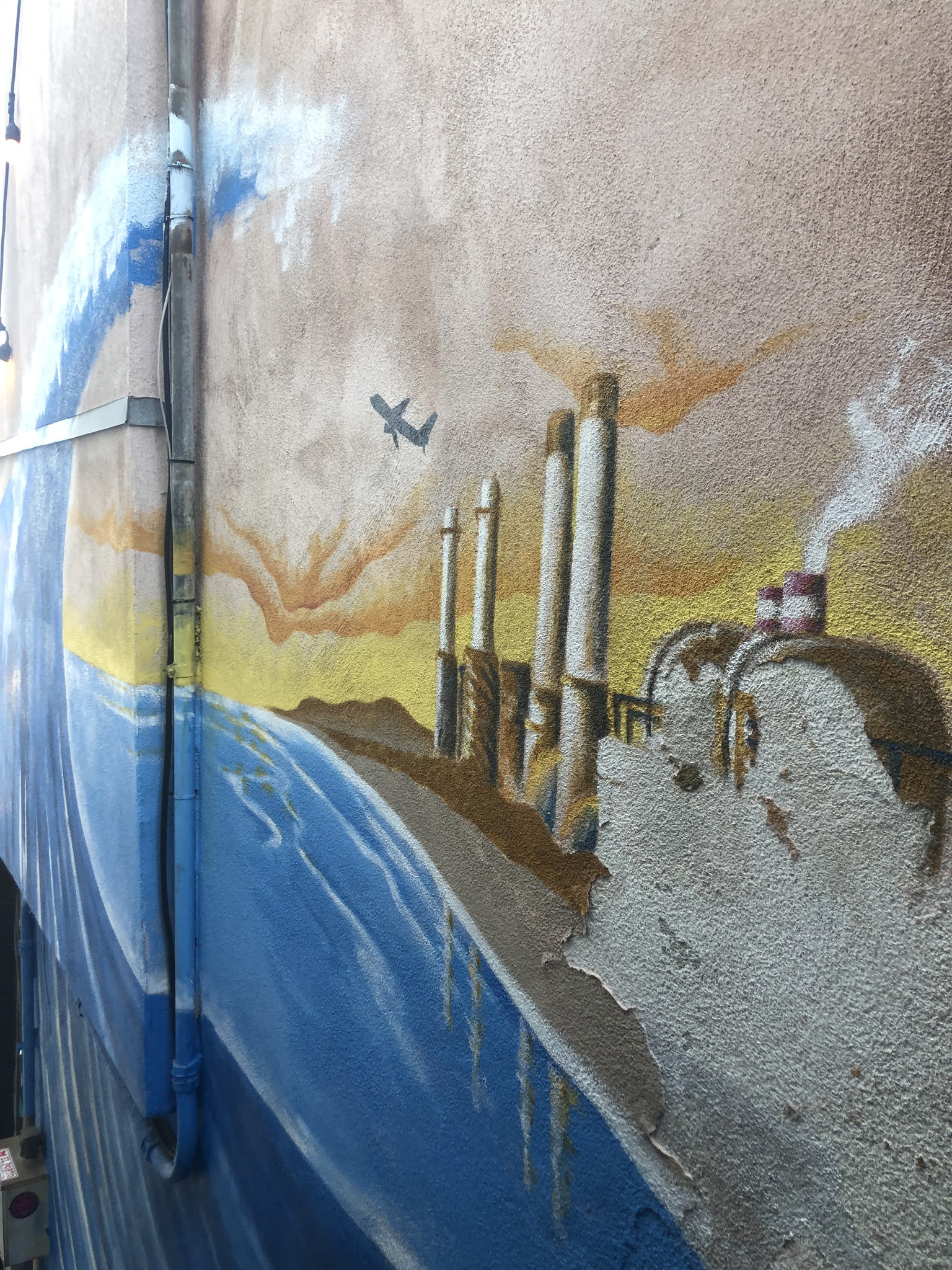 Now hand-painted inside and out with closeout waves falling from our ceilings, silhouettes of El Porto’s infamous smokestacks on our walls, and lumber of California redwood sawed and drilled by the new owner himself to create our exterior board racks and interior merchandise displays - El Porto Surf Shop proudly offers our own unique brand of surfwear and surfboards, specifically made for local and traveling El Porto surfers. Additionally, we have replaced and refurbished our rental wetsuit and surfboard fleet with top of the line products.

We also sell books on the owner’s favorite subjects - from surfing and travel, to inspiring novels, to books on cannabis, mushrooms, meditation, yoga and philosophy.

Since 2017, El Porto Surf Shop has increased our staff from 2 to 7 while increasing our overall sales by 400%.

We refuse to advertise, and we refrain from any social media as Pack believes social media poisons the mind and kills the soul.

As the closest place to surf from LAX, serving thousands of traveling surfers annually, we are LA County's friendliest and most convenient surf destination! We are located directly above El Porto Beach, atop of Player's Liquor at 3408 Highland Avenue, Manhattan Beach, California. 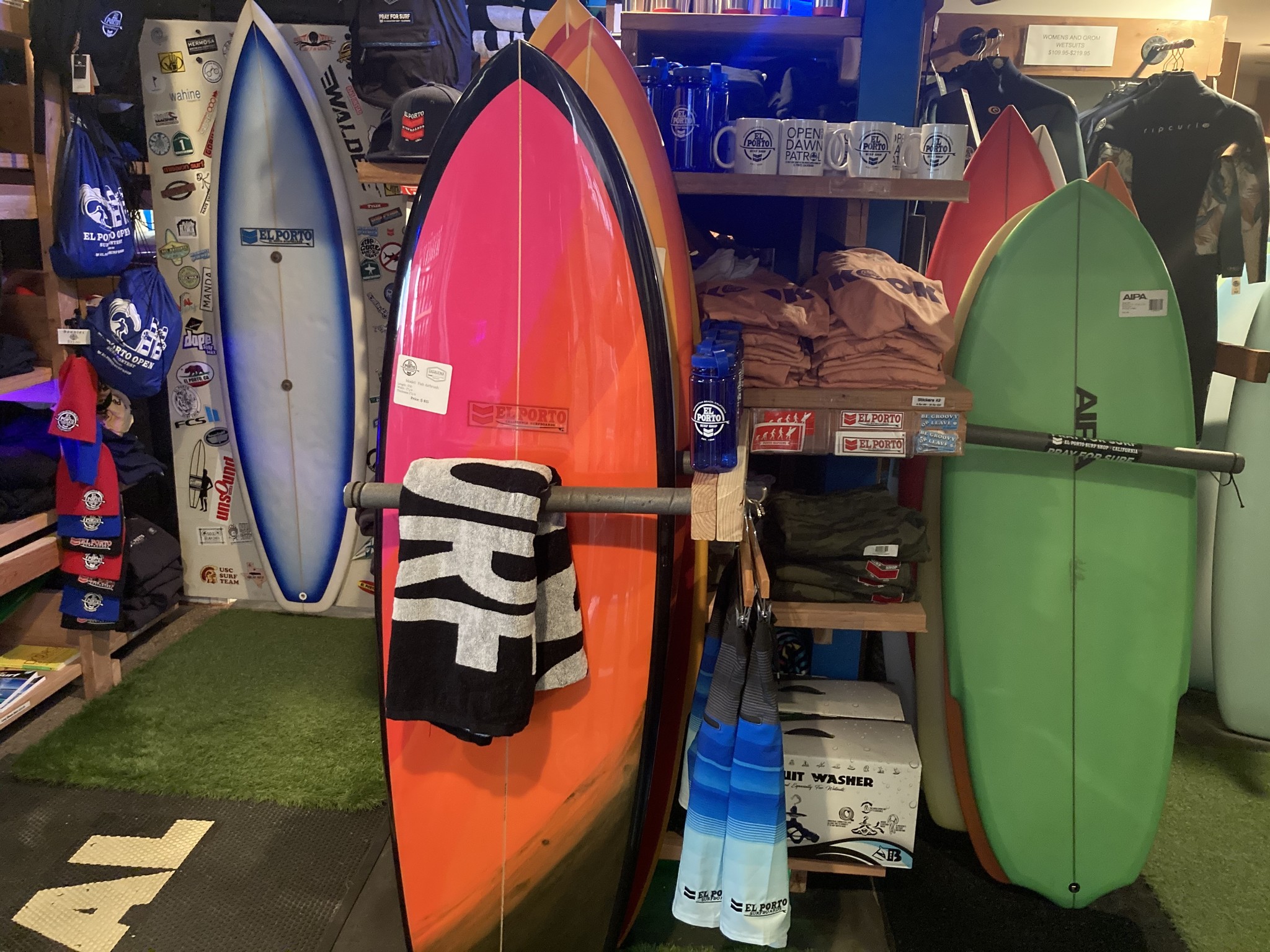 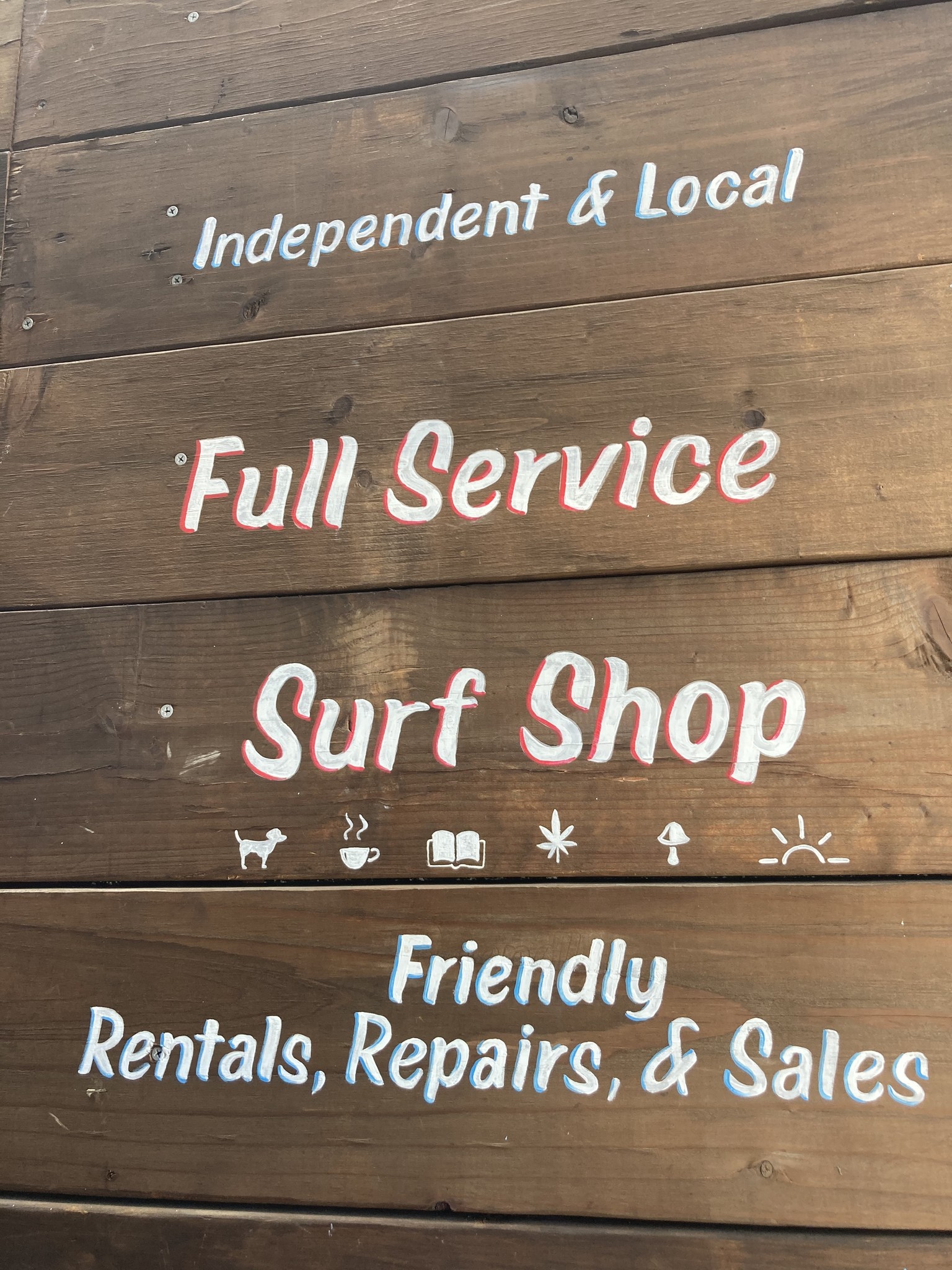